Yo, Smart n Heroic back and... 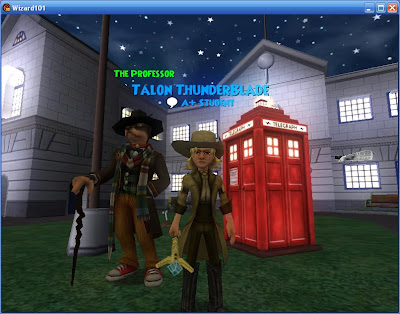 TARDIS, right! Time and Relative Dimension in Space! The time machine ship that takes you anywhere and anytime to anyone and anything! I remember reading Duncan Daystone's post, that there was a TARDIS in MB and a Professor, but this was in test realm. (But it suppposed to be a phone booth because they are found in London, etc.) And I remembered that ZF was live and that feature comenced. So I told Victoria right away, and she got on immediately. Now I wonder why KI added this. And I was so excited and shaking in awe because of this mystery "box".
TARDIS and the Professor in the scene. First off, TARDIS  is supposed to be blue. But to avoid copyright issues, KI rendered it red. As well as having it "telegraph" than "police box", the Professor being that rather than the Doctor, Red Converse than old, fine shoes, the bowtie than a tie, (bowties are cool), and the couple squares down the booth are merged into rectangles, and if you look closely enough on that piece of paper in the TARDIS aka phone booth...it says... 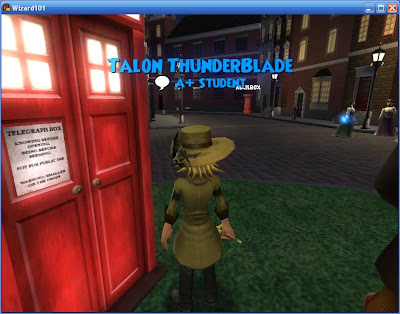 TELEGRAPH BOX
KNOWING BEFORE
OPENING
BEING BEFORE
SEEMING

NOT FOR PUBLIC USE
WARNING: SMALLER
ON THE INSIDE
~~~~~~~~~
Then Victoria got on. :D
For some reason, this level 0 popped up three times. Pretty sure it's a glitch. 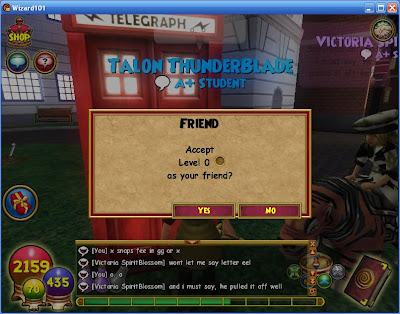 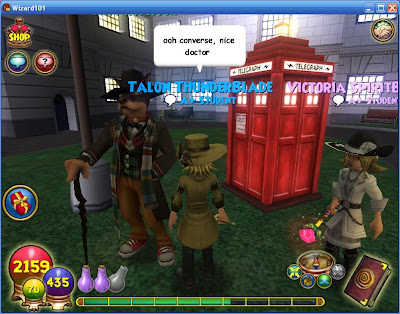 Wow, Doc---, I mean Prof! Nice Converse shoes! I have the same ones! (This was supposedly the 4th  Doctor, but to, again, avoid copyright issues, KI added Converse Shoes, which David Tennant, 10th Doctor.) 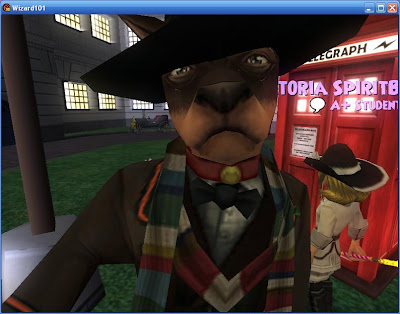 I noticed that when you look closely, he's wearing spectacles, or glasses. Look very closely. Also, Victoria checked if I wasn't hallucinating. I wasn't thankfully. 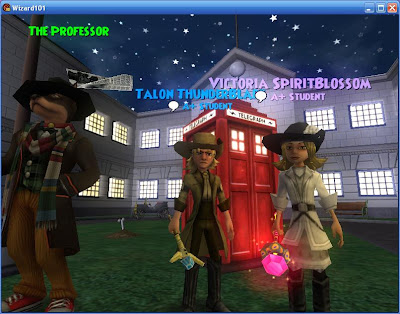 Heroic Picture of the Day: Victoria and I posing like the Professor, or at least trying to...
Anyway, I found the Legendary Artisan quest is quite challenging. I have a feeling it will take a while to complete it. You need two Spirit Caller Drums, which consists of a total of...
Conga Drums is a furniture crafting item recipe found in Celestia Base Camp. Vendor is "Gearwise", and you need FOUR of them, which consists a total of...
Thanks to Diana Wildheart, I found out that Aether can be dropped by Deadly Helephant Ears harvests. I bought a lot of transmutes to transmute to another transmute. Aether is seen in both Sprit Caller and Congo Durm, which will spice the search for it. And those Golden Pearls were a torture from last crafting quest back in Floating Land. Yet you need 16 of them this time! So 1 Golden Pearl is equivalent to 15 Pearls. You can get Pearls in the Portico, but 1 Pearl is equivalent to 10 Black Lotus. Sure you can sit and snipe at the Bazaar for Pearls, GP, and BL, but I found a spawing field of Black Lotus...in Vestrilund, in the middle of Vestrilund. 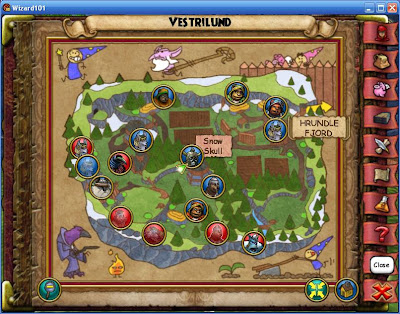 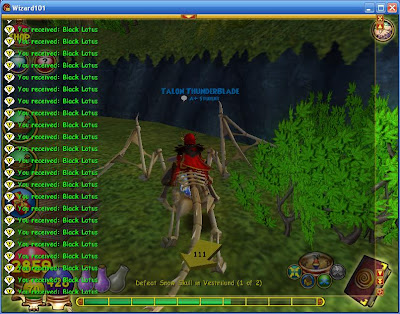 See how much Black Lotus I have gotten. 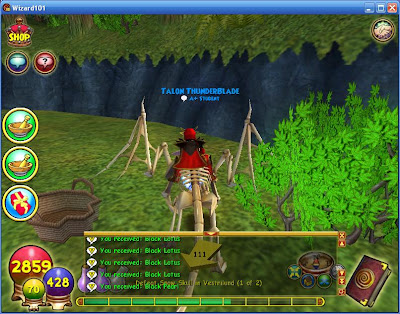 I continued to realm jump and realm jump, until I found one in out of many Black Lotuses, a Black Pearl. 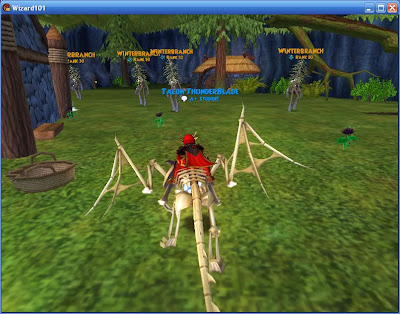 Hope you all had a brilliant Thanksgiving!

"Victoria, do we timelords celebrate Thanksgiving?"
"Eh, I'm just with you for the food."
"Well as long you're happy, I'm happy!"
Posted by Talon Thunderblade at 10:18 PM

I was not expecting The Doc-- I mean-- Professor to be in Marleybone. This is pretty cool! And yes, bowties are indeed cool. Along with fezzes and Stetsons.

Talon Thunderblade
The Heroic Pryomancer strives to seize the day... everyday. He enjoys listening to all kinds of music, drawing characters, playing piano, reading books, and skateboarding. His interests include Greek Mythology, Doctor Who, card games, and music. Look for this pyromancer/bucanner in Wizard101/Pirate101!